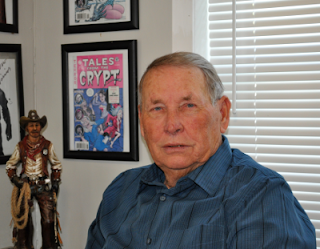 John L. Lansdale was born and raised in East Texas. He is married to the love of his life Mary. They have four children.
He is a retired Army reserve Psychological Operations Officer and a combat veteran with numerous medals and awards.
Past roles include inventor, country music songwriter and performer, and television programmer. He produced and directed the Television Special "Ladies of Country Music." He has also produced several albums in Nashville, hosted his own radio shows and won awards for producing and writing radio and television commercials.
He was a writer and editor of a business newspaper. He has worked as a comic book writer for Tales from the Crypt, IDW, Grave Tales, Cemetery Dance and several others.
He co-authored the Shadows West and Hell's Bounty novels with his brother Joe R. Lansdale.
He is also the author of Horse of a Different Color, Slow Bullet, Zombie Gold, When the Night Bird Sings, Broken Moon, Long Walk Home, The Last Good Day and several more.